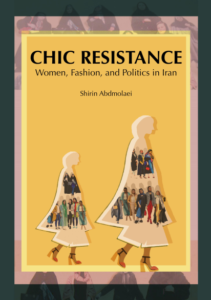 Women’s bodies have long been a site of cultural, religious, legal, and political struggles. Recognized as a potent medium of ideological communication, women’s clothing has interested both conservative and liberal states. Historical accounts have often presented women as passive objects of these political struggles waged through and on their bodies. Filtering these histories through a feminist lens we see that women have adopted, adapted, resisted, or subverted imposed regulations of their dressed bodies, asserting their autonomy and fighting for social and political rights. In this book, Shirin Abdmolaei helps us to view the politics of women’s clothing and women’s rights through a historical and transnational lens. She skillfully exposes readers to women’s struggles with cumbersome dress codes in Europe and North America and guides us meaningfully through the history of dress reform in the Middle East and Muslim contexts. Next, she brings us to the heart of her subject: the politics of compulsory veiling women’s clothing in the Islamic Republic of Iran since 1979.

For 40 years, Iranian women have resisted compulsory veiling, a major ideological pillar of the Islamic Republic. From street protests to sit-ins and an insistent gnawing away at the idea of the veil as modest dressing, they have adopted colourful veils, fashionably worn, and alternative fashion, insisting on their own right to bodily autonomy. This book is a monumental recognition of the everyday politics of the ordinary women of Iran. It is a compelling read for scholars and advocates of women’s human rights and gender equality.