LOVE AND POLITICS By Kalin Pak 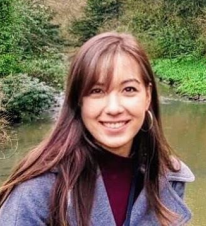 Kalin Pak is a philosophy graduate student from Katholieke Universiteit Leuven. Her research focuses on the metaphysical implications of neo-liberal and post-structural feminist theories of gender, and the implications they have on global social and political practice. During 2020, she was a research fellow for the publications division of Women Living Under Muslim Laws (WLUML). While originally born in the United States, she spent most of her upbringing in the Middle East (U.A.E., Oman, and Kuwait) after her parents relocated there for work. Drawing on her experience of gendered dynamics in the Middle East, Kalin’s primary motivation is to ensure that the feminist advances made in the West are won not at the expense of, but in conjunction with women in the (Middle) East.

Although love is often characterized as a fundamental aspect of human life, it remains underrepresented in political discourse. This article is an attempt to initiate this very discourse by examining the ways politics is intimately connected to the phenomenology of romantic love, and specifically the way this political phenomenology is realized within Muslim contexts. While love is an elusive emotion that has yet to be uniformly defined, there are definitive ways in which a political environment determines how and to what extent a culture of love may be
manifested and maintained. This work identifies three ways love is politically pre-conditioned, namely, through the way our autonomy, actions, and values are politically influenced, and examines the results of these romantic dynamics within various Muslim societies. The upshot of this article is to provide the conceptual tools to frame love as a political right, and one that we must start advocating for.