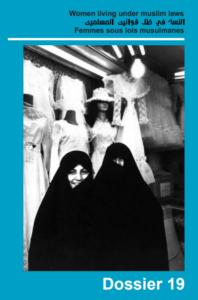 The increased labelling of diverse immigrant communities of Muslim background in Europe as having a common culture since they share a common religion is appearing as a dominant trend. Religion is becoming equated with “culture”.

Aziz Al-Azmeh shows how some of this has been happening in the U.K., through innovative attempts of Islamist political projects on one hand and, on the other, under the bizarre patronage of Multiculturalism.

While the politics of culturalism, premised on the idea of difference, is facilitating the emergence of impermeable ghettoized communities, self proclaimed religious-cultural spokesmen are clearly interested in becoming the sole managers of this ‘territorial space’ using an imaginary Islamic social cement. The invention of a common ‘Islamic culture’ to coalesce immigrants [of Muslim background] in Britain has obvious political interests for professional Islamist politicians seeking recognition, status, resources and power. In all this the Islamists seek to assume exclusive charge of the interpretation and the definition of the content of their tailor made Islam. The obvious losers in this process are women, who in the name of religion, culture and tradition, are once more subjected to playing roles defined by the new custodians.

A study by Rachel Bloul in the early 1990s of ‘Muslim’ identity construction in France describes how the control of North African immigrant women’s behaviour and their appearance became central to these processes. As part of a broader strategy to blur distinctions among migrants, an imagined common transnational Islamic culture was invoked, and women’s attire used as an identity marker. There were French liberals who were reading ‘just demands’ for minority rights into all this, thus creating an ‘Other’ entity based on the concept of ‘difference’.

In all this ‘culture’ construction business, women as bearers and transmitters of culture are viewed as a critical component to the transnational Islamist project for the reproduction of a ‘made-to-order’ Islamic society.

The article on Egypt by Azza Karam describes the implications and reactions to Islamism in the women’s movement. It looks at ideological and practical strategies of Secular feminists and those of ‘Muslim’ feminists who are working from within an Islamic religious space.

In our continued efforts to survey the fundamentalist offensives, we have a paper by Muhammad Mahmoud providing a historical review of the growth and development of The Muslim Brotherhood or the Ikhwan in Sudan, its implications for secularism and its impact on women. Lynn Freedman’s contribution takes us further by exploring the Fundamentalist project across religions. She demonstrates how women have been key target of strategies of control by fundamentalist movements of all breeds.

The paper by Lucy Carroll examines the contrasts and similarities between divorce proceedings and women’s rights under English law and as prevalent under Muslim law. The paper destined for use by activists analytically examines case law.

An unusual comment by Sultana Kamal takes issue with the Islamic legal provision of Mehr as being essentially patriarchal. Finally a powerful personal testimony illustrates the little understood and frequently denied experience of lesbian women in Arab world contexts.