Many thousands in the Muslim community in Britain as well as non-British spouses of British Muslims may be in marriages or undergo divorces whose legal validity is doubtful in the eyes of the English courts and authorities such as immigration and pensions. This leaves them in a ‘married/un-married’ limbo, often referred to in legal terms as ‘limping marriages’. This publication includes articles on: British Law; Laws in Bangladesh, India and Pakistan; and European and International Law.

The law and what it requires of people in order to have a valid status is clear neither to those in the Muslim community in Britain and abroad nor to UK administrative authorities, support groups, legal practitioners and commentators. 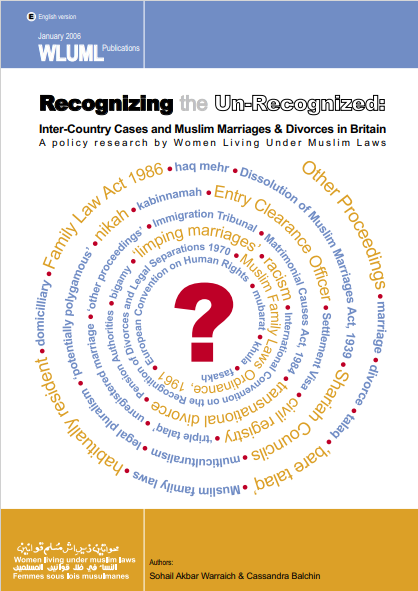