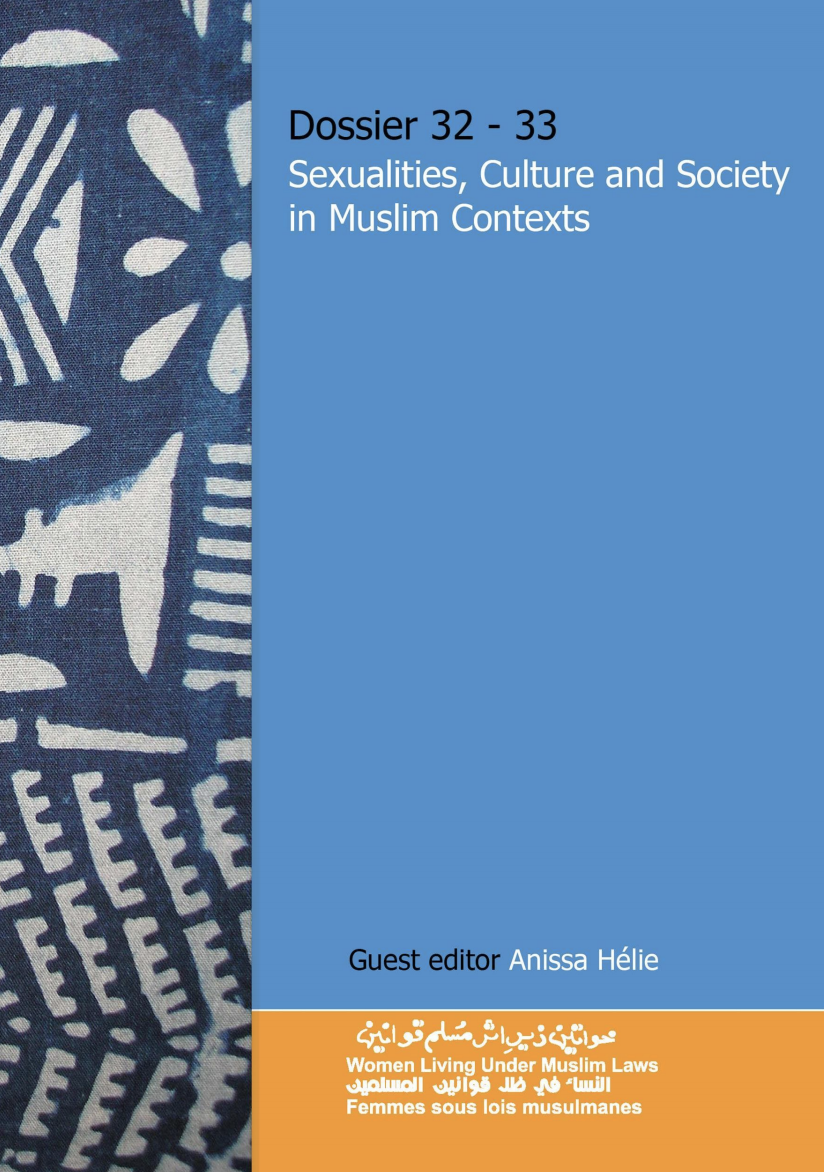 In both Muslim-majority countries and Muslim communities, the last decade has witnessed unprecedented organizing efforts by human rights defenders around sexual and reproductive rights, and produced evidence of ongoing local engagement around sexuality issues.

Yet, sexuality remains a highly contested and tightly patrolled terrain in all societies, and activists from Muslim contexts are also witnessing troubling trends that threaten previous gains, or seem indicative of a worsening climate. Such trends include the curtailing of sexual and reproductive rights and an increased policing of sexuality: there is a tendency to seek to reverse less restrictive policies or legislations; as well as widespread targeting of individuals, or even of entire groups. Those individuals or groups who bear the brunt of the criminalization of sexuality are often those whose personal circumstances, bodies, sexualities or gender appearance are deemed non-normative. Whether they are girls resisting marriage, divorced women, single women, lesbian women, teenagers who have not undergone FGM in contexts where it is the norm, or heterosexual men deemed ‘effeminate’, many face strict penalties.

Sexuality remains at the core of how women – and others whose gender or sexual expression are stigmatized – are judged, and sanctioned either by non-state actors, or by state’ institutions and representatives. Sadly, the celebrated popular uprisings in the MENA region in 2011 have certainly not moved towards equality in the sexual realm.

As feminist scholars have noted, in all cultures, women are the pivotal territories, markers, and reproducers of the narratives of nations and other collectivities. Over the past 3 decades, the WLUML network has also noted that, while the harsh control of women’s bodies – and the obsession with their sexual ‘purity’ – is definitely not the prerogative of religious extremists, sexuality often constitutes the corner stone of a fundamentalist agenda. With the rise of fundamentalist politics, discourses of moral codes or arguments of cultural and religious ‘authenticity’ are increasingly being deployed to control sexuality, and at times to incite to violence.

Yet, women in Muslim societies tend to be at the forefront of organizing around issues of sexuality – they analyse existing social norms, debunk oppressive rationalisations, document violations, critique governmental policies or propose alternative frameworks. This Dossier offers a glimpse of the variety of sexuality-related issues which activists are engaging with. Authors address a range of themes – from the need to tackle cultural factors in HIV/AIDS prevention to strategies around ‘honour’ crimes; from bride kidnapping to drawing the links between female political leadership and dress codes; from women’s perceptions of abortion to the use of the internet as an advocacy tool for stigmatized sexualities; from organizing against rape in conflict to challenging inequalities affecting women in the reproductive health field; from the rise of institutionalized moral police corps to impotence as a legal ground in divorce settlements. Case studies offer insights from diverse contexts including Senegal, Sudan, the East African coast, Zanzibar, Georgia, Pakistan, Iran, Indonesia, Jordan, Turkey and the USA.

Comprised of in-depth contributions, along with a few short factual reports, this Dossier explores how women, and some men, navigate the expectations and realities linked to sexuality and reproductive rights in their specific contexts. Contributors also highlight the many ways in which culture, religion, customs and sexual conduct intersect and they demonstrate that sexuality, far from being static, is the object of constant contestation and negotiation. Hence, numerous elements related to sexuality remain tightly linked to both political developments (for example the ability of politico-religious movements to affect local realities) and to cultural notions (for example what constitute ‘modesty’ or ‘promiscuity’ in a given time and place).

On the question of culture – crucial because so often manipulated – the statement made by Farida Shaheed, U.N. Special Rapporteur in the field of cultural rights, reminds us that “No society ever has a singular culture. Each society, and every community, has both a dominant culture and multiple subaltern cultures (…) Women rarely – if ever – define the dominant culture, because they do not have the economic, social or political power to do so”. Shaheed’s remark, of course, also applies to dominant sexual culture, and all contributors to this Dossier are involved in unpacking, critiquing, redefining or enriching mainstream understandings of the sexual culture that prevails in their specific context.