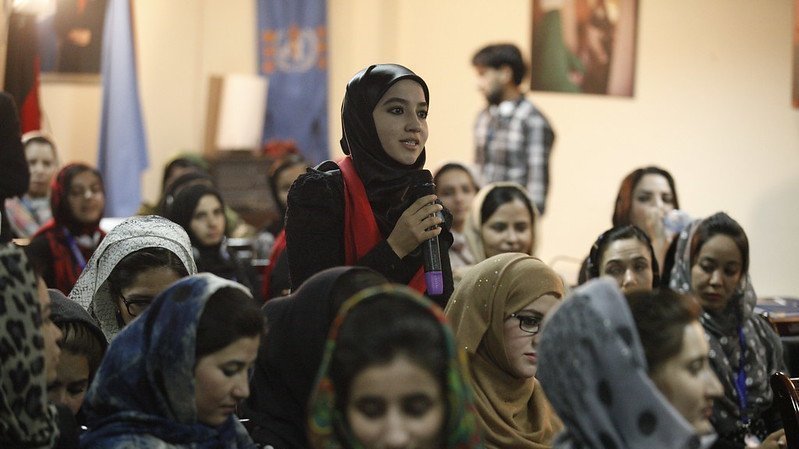 The war in Afghanistan is the world’s deadliest and longest conflict since WWI – more than 100,000 people have been killed directly and many more have been injured and disabled According to the UN last year alone, the war had over 10,000 civilian casualties. In late 2020, (under pressure from the U.S.), the Taliban, who harbor extremist Islamic ideology and have systematically undermined women’s and girls’ human rights over the past 25 years, began peace talks with the elected government.  Yet, to leverage their position, the Taliban have refused to accept a ceasefire. Indeed, since the beginning of negotiations, they have increased their violence against both the military and civilians, including targeting educational institutions, killing scores of students.

Women of Afghanistan have the most to lose. As there is no evidence that the Taliban have reassessed their extreme approach to the rights of women, girls, and minorities, the Taliban’s return to power endangers women and girls in Afghanistan. The token presence of women and the exclusion of the UN from peace talks with the Taliban is part of a disturbing trend that puts their rights at risk without a seat at the table. The active presence of civil society, including women’s human rights defenders in this peace process is crucial to prevent grave harm to women’s and girls’ human rights.

We call on the government of Afghanistan and allied countries to ensure: