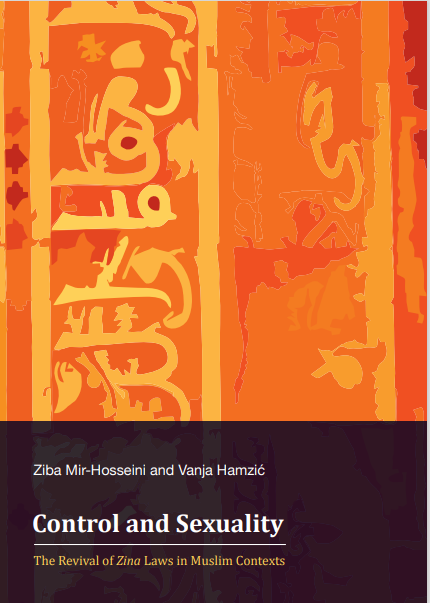 Control and Sexuality examines Zina laws in some Muslim contexts and communities in order to explore connections between the criminalisation of sexuality, gender-based violence and women’s rights activism. The Violence is Not Our Culture Campaign and the Women Living Under Muslim Laws network present this comparative study and feminist analysis of Zina laws as a contribution to the broader objective of ending violence in the name of ‘culture’. Attached is the whole book, available for download for free. Please do consider making a donation to WLUML.

It is hoped that the publication will help activists, policy-makers, researchers and other civil society actors acquire a better understanding of how culture and/or religion are invoked to justify laws that criminalise women’s sexuality and subject them to cruel, inhuman and degrading forms of punishment.

“It is most timely that this publication should emerge when issues of culture and human rights are being debated in many venues in the international arena: within the United Nations; in national and transnational, mainstream and alternative media outlets; and across social and political movements. “Some cultural practices may be particularly detrimental to the rights of women and girls. All harmful practices, regardless of provenance and justification, must be eliminated. All human rights are universal, indivisible and inter-related. It is my hope that by building upon the progressive, equitable and just aspects of culture which are inherent to all, this book can make a substantial contribution towards the promotion of rights, under law and custom.” Farida Shaheed, UN Independent Expert on Cultural Rights.