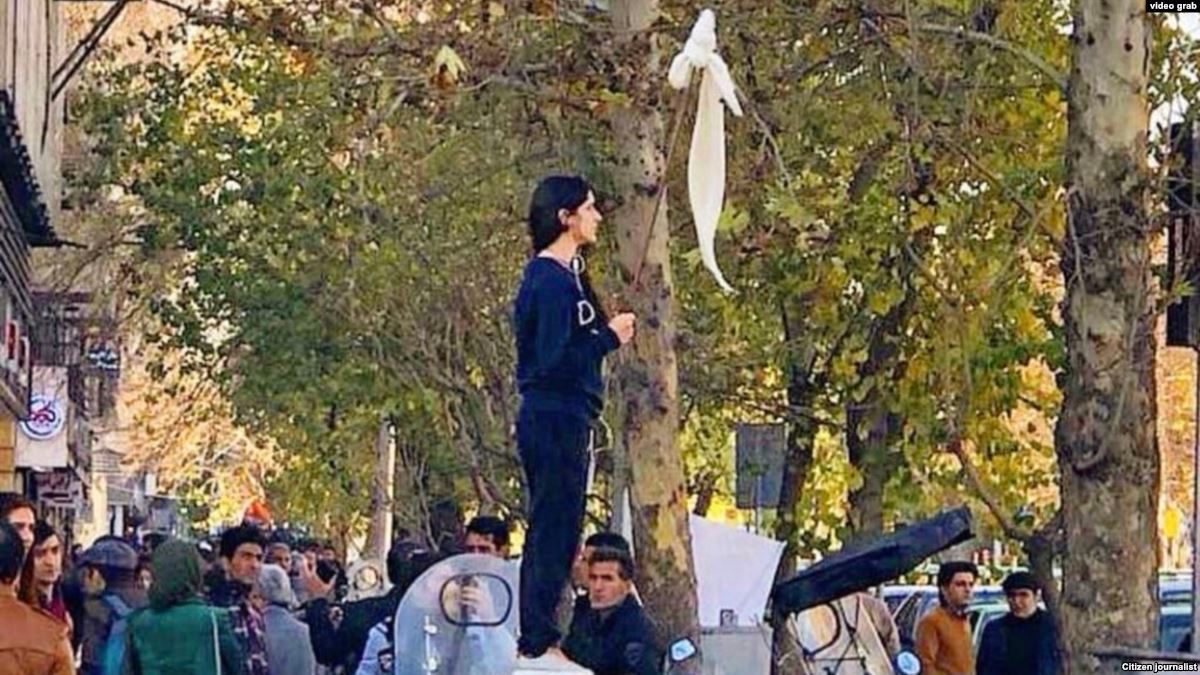 On a wintery day in December 2017, Vida Movahedi, stood defiantly on a utility box on a busy crossroad on busy Revolution Street in Tehran, waving her white headscarf which she had taken off, on a stick in an act of civil disobedience against Iran’s mandatory hijab law. Her courageous action was a plea for greater freedom on behalf of tens of millions of women in Iran who seek the right to choose what they wear.  She and other women well understand that not having freedom for these simple choices are indications of lack of rights in many other areas of public and privet lives. While her action landed her in prison, followed by extensive harassment and repeated court cases against her for ‘encouraging public corruption. Her courage’s action in the heart of Iran’s repressive system made headlines internationally.  However to the dislike of the regime, her action sparked a home grown movement called “Daughters of Revolution street.” Following her bold action, women and men of all ages and classes took to the streets of Iran to peacefully demonstrate their opposition to repressive laws that deprive women of their very citizenry  rights. She and her simple action has shaken the legitimacy of a regime that its laws and actions does not reflect the demands of the citizens.